Cherry Heering’s old family recipe dates back to 1818. It’s an elegant and full flavoured cherry liqueur and essential ingredient for classic cocktails such as the Singapore Sling or the Blood and Sand. As a matter of fact, it’s the original ingredient of those iconic cocktails. And there’s a very good reason for all that: Cherry Heering Liqueur contains only the finest natural ingredients.

Oldest cherry liqueur
With its more than 200 years, Cherry Heering is probably the oldest cherry liqueur in the world. The liqueur contributed to the creation of some of the most iconic cocktails in the world like the Singapore Sling, the Blood & Sand and the Copenhagen cocktail. Since then it has been used all around the world for these legendary cocktails. And today? It’s still the essential ingredient for those world famous cocktails and used all around the world by bartenders to create new classics and contemporary masterpieces.

The origin of Cherry Heering
Cherry Heering was established in 1818 by Peter F. Heering, a young business man trading colonial goods in the Copenhagen Harbour. His former boss’s wife gave him a recipe for Cherry Cordial. He saw the intrinsic potential in this old cherry liqueur recipe, and over time “Cherry Heering” became a staple on the cargo ships leaving to ports all around the world. From Calcutta to Madras, from Shanghai to Jakarta — Cherry Heering quickly gained popularity all around the globe. The word spread and soon everybody wanted a taste of the sophisticated Danish liqueur.

Long tradition
Peter F. Heering has a long tradition of serving royals. He has been supplier to the courts of Denmark, the United Kingdom, Sweden, The Netherlands, Greece and the court of the Russian Tsar and the Emperor of Japan. On the label, it carries the assignment of H.M. Queen Margarethe II of Denmark. 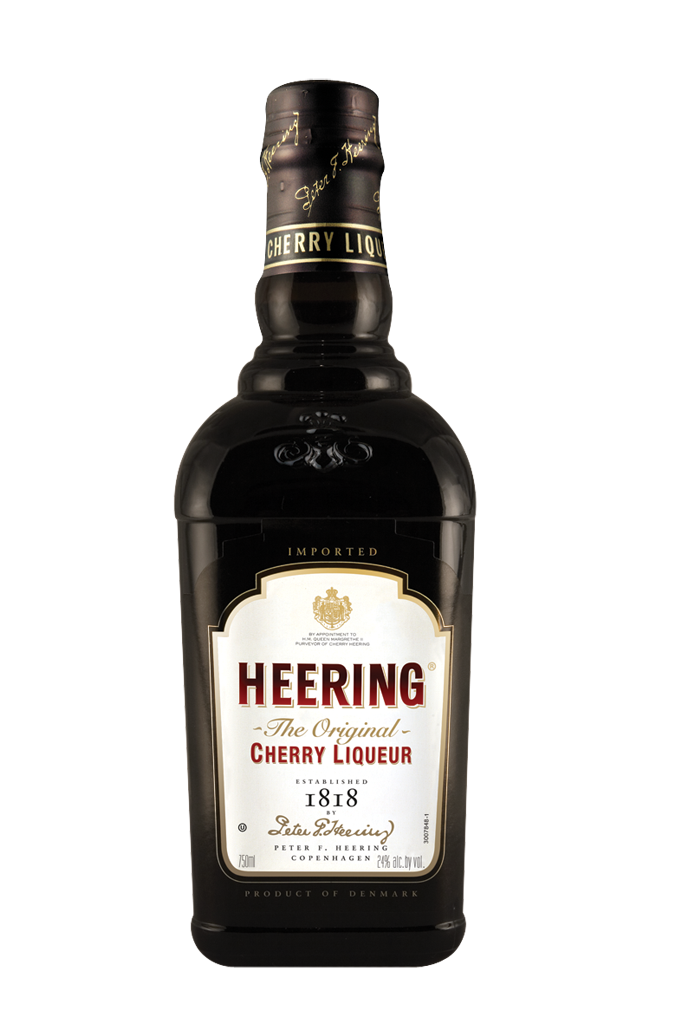 Any questions about this brand?

close
close
We handle your data carefully. If you want to know more about how we do this, please read our privacy statement.CloseRead more